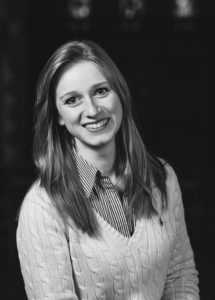 Victoria Longdon is a conductor and singer based in London. She is the director of the Lea Singers of Harpenden, the Hanover Choir and one of the Assistant Conductors for the National Youth Choirs of Great Britain, and she is delighted to be joining Myriad for her first season in January 2019.

Victoria trained at the Royal Academy of Music in London where she received the Thomas Armstrong prize, and she is now in demand as a workshop leader and educator around the UK, and overseas in France and China. She is a judge for choir competitions on BBC 1’s ‘Songs Of Praise’ and was a judge on two series of Gareth Malone’s BBC2 series, ‘The Naked Choir’ and ‘The Choir: Best In Britain’.